The NBA Board of Governors just approved the new 22-team format Thursday afternoon. It was a near-unanimous vote at 29-1, the only opposition being the Portland Trail Blazers, sources told ESPN. How will this affect the Houston Rockets?

This brand new format will include 13 Western conference and 9 Eastern conference teams. Among the initial 16 playoff teams, 8 separate teams will travel to Orlando in hopes of achieving a playoff spot. Each team will play 8 games and the 16 teams with the best record will advance to the playoffs. The NBA is expected to make its return on July 31st, and carry on through October 12th.  Below are the current league standings and all 22 teams that will make the trip to Disney World Resorts in Orlando. 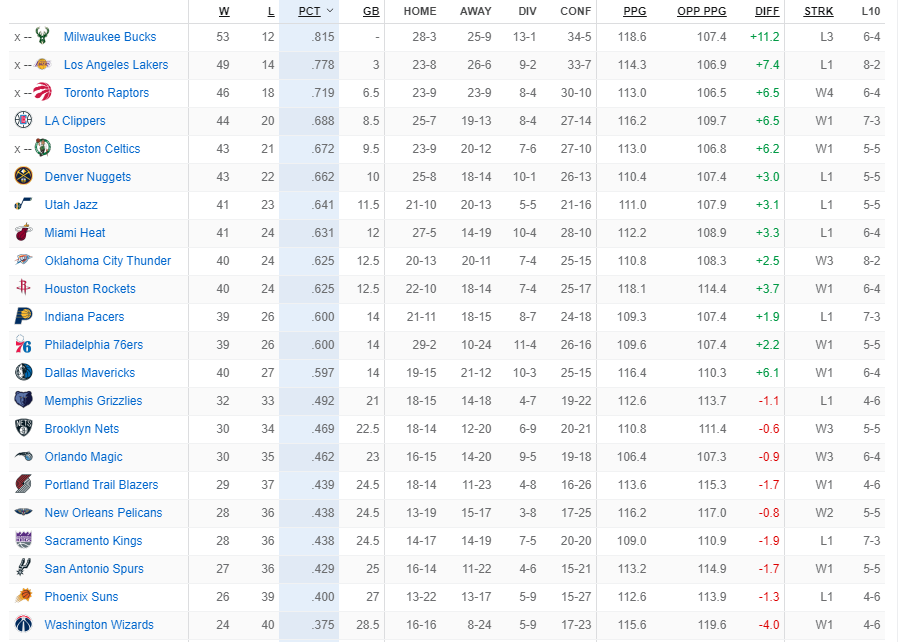 How it will affect the Houston Rockets

Following the league’s new format, the Houston Rockets are currently sitting in the 10th seed with a 40-24 record, 12.5 games back from the first seeded Bucks, and 10.5 games ahead of the 16th seeded Orlando Magic. Even if the Rockets were to lose all eight of their games, they would still be seeded in the playoffs.

Now that we have an idea of what’s going on, how exactly will this new format affect the Houston Rockets? Firstly, let’s take a look at their proposed opponents.

Given the Rocket’s previous records against these teams, 5-3 would be a fair assessment, at the worst. However, who knows what slimmed-down James Harden has in store for us. Put that together with the fact that the Rockets small-ball lineup has now had nearly a 3-month break, they could be deadly. I wouldn’t rule out the possibility of an 8-0 run with a fresh Houston Rockets squad.

Considering the fact that this year’s playoffs will be seeded league-wide instead of the typical 8-team conference based playoffs, these 8 games could be of huge benefit to the Rockets. As it stands, the Rockets currently sit at the 10th seed, however, all that separates them from the fourth-seeded Los Angeles Clippers and every team in between is four games.

We have no idea what the potential seeding will look like, however, climbing the seeds could make their path to the finals a lot easier, even with the absence of home-court advantage.