The Detroit Red Wings were once a proud franchise in the ’90s in 2000’s but now entering the 2020’s the same pride that Detroit fans had 10-20 years ago is gone. The Red Wings missed out on the NHL’s twenty-four team playoffs making that four years in a row that they have missed the playoffs. The Red Wings finished a league-worst 17-49-5 for a total of 39 points.

What went wrong for the Red Wings

The Detroit Red Wings former General Manager, Ken Holland, tried to extend his dynasty but signing his best players to very large deals. The team became very limited in cap space to sign better players. Coming into the 2019-2020 season the Wings lineup consisted of a mix of young skilled players and older slower guys. The clash of talents as expected was not competitive at all.

How to fix the Red Wings Issues

The New General manager, Steve Yzerman, will have some serious decisions to make in the offseason to hopefully make his team competitive very soon. The first thing Yzerman should do this offseason looks to clear as many bad contracts off of the books as possible. The bad contracts that must be cleared off of the books include Frans Nielsen, Justin Abdelkader, Darren Helm, and Danny Dekeyser. Danny Dekeyser isn’t a bad player but he is making 5 million dollars a year and is frequently injured.

Steve Yzerman returns to Detroit as the new gm of the team.

Yzerman can probably trade Dekeyser to a defensive needing team such as the Maple Leafs. Although the Detroit Red Wings will have to retain almost half of his salary it will be very beneficial to send him away to another team. The return for Dekeyser won’t be much. Yzerman at most could acquire a 3rd round pick for Dekeyser. After trading Dekeyser, Yzerman should continue to clear cap space. Yzerman should clear cap space by utilizing buyouts to his advantage. Justin Abdelkader and Frans Nielson should be the obvious buy out candidates for Yzerman.

Darren Helm is the last bad contract left on the wings after the previous moves. Darren Helm is owed 3.85 million dollars for just the 2020-2021 season. Since Helm does not have a lot of term on his contract he should be tradeable. Yzerman should be able to trade Helm to a team looking for some bottom-six help. The return for Helm will not be much but it helps free up cap space. Helm should be able to get the wings a 5th or 6th round pick. The Red Wings should look to trade with teams such as the Buffalo Sabres, Calgary Flames, Chicago Blackhawks, Dallas Stars, and the Toronto Maple Leafs. These teams have spots to be filled in there bottom six. Whether the teams need more grit from there bottom six or need a little more scoring Darren Helm can fill this role.

Other players on the team that could be moved include Luke Glendening, Jonathan Bernier, and Valteri Filppula. Valtteri Filppula and Luke Glendening both are not prolific scorers. Both are on the downside of their careers but they can still both effective players for any team. The teams interested in Filppula and Glendening should be similar to Helms as all three players play a similar style.

Jonathan Bernier is an interesting player. Bernier was one of the few players on the Red Wings that had a good season. During the shortened season Bernier played well enough to get a 907 save percentage and a 2.95 goals-against average. These numbers are very respectable. If Yzerman wants to do a total reset Bernier could fetch a decent amount in a trade. If Yzerman does want to trade Bernier he should look to trade with the Washington Capitals.

Braden Holtby looks to be hitting the free agency market this summer and Ilya Samsonov will take over the crease. The Capitals would love to a solid backup goalie in case Samsonov has a sophomore slump. At most the return for Bernier could be a 2nd round pick. The Red Wings have clear the bad contracts and these moves have the potential to set the Red Wings up for a successful future.

This offseason is a very important one for the Red Wings. They need to fix almost their entire roster. The offense and defensive were both league worsts and needs to be fixed. This offseason the Detroit Red Wings number one priority should be resigning Tyler Bertuzzi and Anthony Mantha. Bertuzzi lead the team in goals with 21. This deserves a pay raise this offseason. Mantha is injury prone but when he is in the lineup he definitely is very effective. Mantha only played 43 games this season but he got 38 points making him almost a point a game. If the Red Wings are going to be successful in the coming years Mantha and Bertuzzi are going to have to be on the roster.

Continuing on the offense the Red Wings should look to bring back Dmytro Timashov, Robby Fabri, and Adam Erne. Fabri was a solid acquisition early in the season and chipped in enough offensively this season to earn a new contract for the future. Dmytro Timashov and Adam Erne are both younger players and have a high upside. Erne and Timashov should be in the Red Wings top nine and have decent offensive production with more consistent playing time. Looking at the free-agent market the Detroit Red Wings should be in the market for players who produce lots of offense. The perfect players for the Red Wings to sign actually are on the same team.

Currently playing for the Florida Panthers, Mike Hoffman and Evengii Dadonov could find their way to the Red Wings this offseason. The Red Wings should be trying to sign both of these players. Hoffman and Dadonov can both produce lots of offense on their own and will help the Redwings become an offensive juggernaut.

Detroit shouldn’t stop building up their forward depth with just two signings. They should look to bring Vladislav Namestikov and Mikael Granlund. Granlund and Namestikov are both coming off of 17 goals during the shortened regular season and can play both wing and center. The versatility of these players is ideal to the Red Wings as they can move them around the lineup as they please.

Some low-risk high reward trade targets for the Red Wings to think about making an offer for are Jesse Puljujarvi and Lias Andersson. Puljujarvi and Andersson are both former top ten picks in the NHL draft who have asked to be traded away from the team that drafted them. The Wings could offer both the Rangers and Oilers future fourth or fifth-round picks and most likely acquire the rights of Puljujarvi and Andersson. Both of these players have high offensive potential that Detroit could take advantage of if both players sign and play consistent time in the NHL.

The Red Wings also need a lot of help on the defensive side of the rink. The Wings should say goodbye to all of their unrestricted free agents this summer as they are all and are not as good as they once were. Dennis Chlowski and Moritz Seider are two highly touted defensive prospects that should slide right into the Redwings line up. One veteran the Red Wings should sign is actually from Michigan.

Torey Krug is a Michigan native and should the Red Wings first priority to sign and improve the defensive core. Krug is a fantastic two-way defender that produces almost 50 points a year and can run a powerplay. Krug has been a key player on the Boston Bruins and has helped them make the Stanley Cup twice during his team in the NHL. Signing Krug would be a massive addition to the Wings and would make the wings a much better defensive team thus making them not the worst defensive team in the league anymore.

The wings also need some help in net as they allowed the most goals in the league. If Yzerman decides to keep Jonathon Bernier then they should call up Filip Larsson and have Bernier groom Larsson to be the future starter of the team.  If Yzerman decides to trade Bernier then the Wings can decide to throw Calvin Pickard and Filip Larsson into the crease and hope one of them is decent. This solution will not solve the goals allowed issue but it will save a lot of money on the cap. If Yzerman wants to spend some money then he can sign Cam Talbot.

Talbot was once an elite goalie in the league but over the past few years, his game had taken a dip. In this shortened year he played for the Flames as a backup goalie. He seemed to return to his old form and he wants to get another opportunity as a starter. The Red Wings can provide Talbot with the opportunity. Talbot can be a solid starter for the Wings and he will be able to help Larsson become a very good goalie.

A look into the future

The Detroit Red Wings are loaded with young talent and has lots of draft pick this draft to acquire more young talent. With tons of cap space to spend on free agents, the Red Wings are in a great position to return to being a dynasty again very soon. 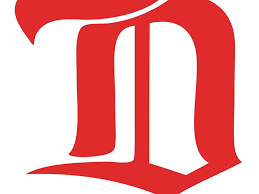 Projected Lineup after the offseason

Clancy Golden
Clancy Golden is one of the biggest hockey fans in the world. He loves writing and watching the beautiful sport of hockey.