It was a hectic, long, and dramatic off-season for the Minnesota Wild but finally, they and the rest of the league were able to enjoy the beginning of the 2021-2022 NHL season. Where last season for the Wild was mostly without too many expectations and pressure, the current one will be wildly different. After a successful season last year, where the Wild was one of the positive surprises, they had a crazy offseason.

The result was that Ryan Suter and Zach Parise were brought out and Carson Soucy was taken at the Seattle expansion draft. These players have been somewhat replaced and more importantly, it allowed the Wild to resign Kirill Kaprizov, Joel Eriksson Ek, and Kevin Fiala. With a new core that has a high ceiling, the Wild has entered the reestablished central division as one of the top teams and fans will expect the playoffs as a minimum.

In this series, I will look at stories from each week. From the highs to the lows of the weeks and what aspects of the games that the Wild need to work on or master over the course of a week. For part one we start at the California road trip. A trip disliked by most fanbases.

One of the reasons for the Wilds’s success last season was the brilliant goaltending from Cam Talbot. After a few hit-and-miss seasons in Edmonton, people were questioning if he could sustain it for the upcoming season. After the first three games, this does seem to be a yes. Talbot was a monster in both the game against Anaheim and LA.

While Anthony Stolarz of the Ducks will take most of the credit for his godlike game against the Wild, Talbot had to be good on many occasions. Especially in the last period where he shut down multiple powerplays and a massive save with one second left of the game to hold on to a 2-1 win. The strong start continued into the Kings game where Talbot once again held down the fort late in the game to secure a 3-2 win.

Against the Jets Talbot was more human, allowing five goals against. While a few were some he probably wants back. The Jets snipers found ways around the Wilds defence to get into scoring position and Talbot was unable to make the saves. However, when the Wild needed him the most he delivered making a fantastic save on Logan Stanley in overtime, to set up the eventual game-winner.

As mentioned above it wasn’t two dominating wins against the Ducks and Kings, that the Wild were able to gather from the road trip. Both were extremely close games and came down to the wire, but it does show the morale and character of the team. Especially the Ducks game was a massive win since Marcus Foligno scored the game-winner with 7.2 seconds left. A major boost to the morale and energy of the team and Fiala afterward mentioned in an interview that it was a character win.

This was enhanced during the Kings game, where for the second time in two days, the Wild fell behind in the game, but rallied and came back in a great second period to take a 3-1 lead going into the second. While the Kings did cut the lead in half the Wild held on and kept calm under pressure.

This is the sign of a good team since they can win without playing the greatest hockey and win the tight games. A winning team doesn’t often allow for teams to come back into games and even when it’s high pressure they keep their cool. The Wild showcased this in both games where they managed to find a way to win despite the game being close and difficult. It’s those games where the hard work pays off and wins games, and the Wild has everyone on board by the early looks. For instance, during the final few minutes of the Kings game, the Wild managed to keep the shifts short and efficient while being willing to block shots and passes. On the second half of a back-to-back that is a great look for a team wanting to shed the status as the mediocracy of the NHL.

In a game that had everything and is an early contender for game of the season in the entire NHL, the Wild showed signs that they are more than able to compete with new foes this season. Both on mental aspects where the Wild were down four times in the game only to tie it up each time, and on the physical side where especially Kaprizov took a lot of hits. This meant a physical game from everyone and especially Foligno was a major part of it for the Wild, as he responded to a bad hit on Kaprizov with a spectacular fight to ignite the home crowd. Another instance of this was when 5’7 ft. Mats Zuccarello, who played a great game with Kaprizov and Ek, was about to end up in a scrap due to the physicality of the game. This shows the world that the Wild aren’t backing down to anyone and are more than capable of sticking up for each other.

The game felt like a playoff game in many aspects and I for one would love to the two teams go head-to-head in a seven-game series. However, the Wild found themselves behind deep into the third period of the game and when the Jets scored what looked to be an empty net, it looked over for the win streak. However, an offside call later and the Wild were back within one. In seasons prior this wouldn’t have mattered and the Wild would have ended up falling short due to a lack of star power on the top lines, but this version of the Wild is a different team.

When Kyle Connor was determined to be offside people the aura was different. Everyone felt like the game-tying goal was going to come, and sure enough, it came from Ek and the top line who dominated. With that, the writing was on the wall. The Wild was winning that game and sure enough, the main three players of the Wild ended it, as Fiala, Kaprizov, and Ek made a stunning tic-tac-toe play to end what was a near-perfect week one of the Wild 2021-22 season.

The Good And Bad Of Week One

+ Fantastic mentality of the Team

– Giving up the first goal in each game. Nice to have a strong mentality but might be nice to start on time

– All games have been extremely close. Would be nice to not age 10 years each game 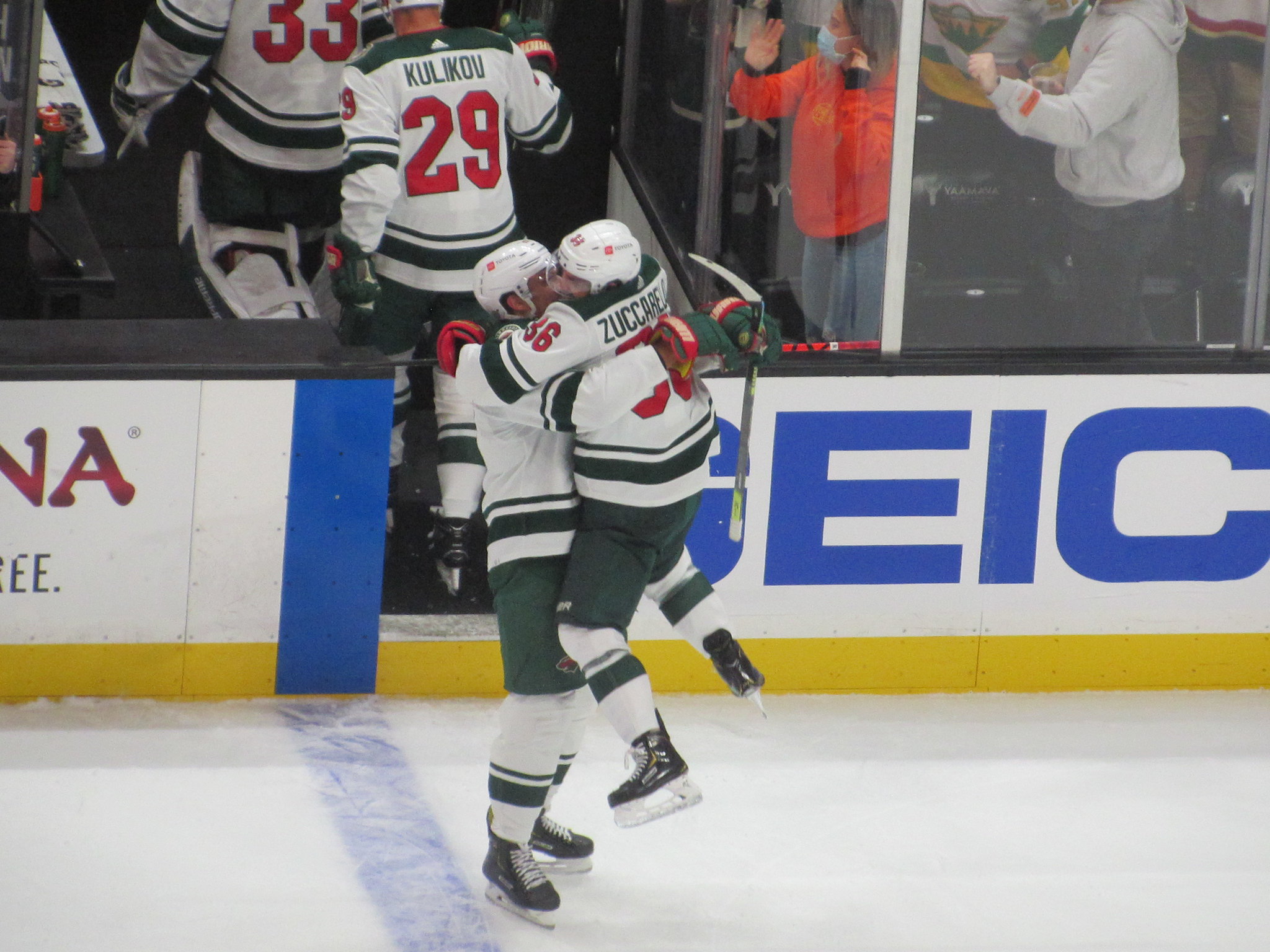